The upcoming romantic dance film entitled East Side Story, by award-winning choreographer, director, and producer David Winters, will bring viewers right to the glistening shores of Panama City Beach, specifically The Resort Collection! The banquet kitchen and Club at Edgewater Beach & Golf Resort will make an appearance in the film, as well as locations at Shores of Panama. We could not be more excited to host this awesome crew of actors, dancers, producers, and technicians starting in January 2013. 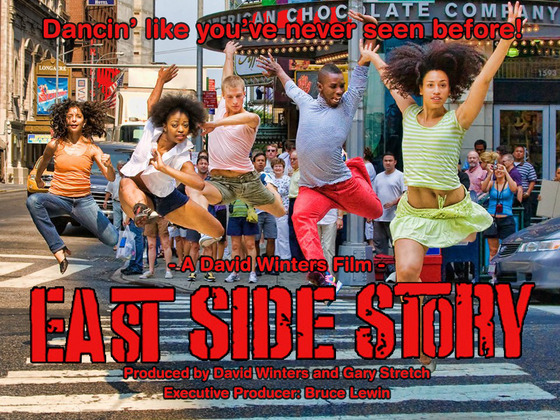 This coming of age dance film, in the spirit of Dirty Dancing, Karate Kid, and High School Musical – is about a young girl from Beverly Hills, Jennifer, who is visiting her father’s Panama City Beach hotel during summer break, and falls in love with a young boy, Ken, who works as a dishwasher. Even though both are from different backgrounds, they share the same passion… DANCE, and partner with each other to enter the Florida State-Wide Dance Contest. While preparing for the contest, Jennifer and Ken must overcome scheming dance partners, a meddling father, and their own doubts for their love to prevail.– Film description from East Side Story‘s page on Kickstarter.com.

David Winters and Bay County film commissioner Julie Gordon took a tour of Shores of Panama resort while scouting locations for the film. “I never saw a view like that in all my life, and I have traveled all over the world,” said Winters about Panama City Beach. “I’m really thankful to have seen that. I love bodies of water; they’re very soothing to me.” He also said he believes his film crew will love working in PCB.

PanamaCity.com will continue to follow East Side Story‘s progress. You can view the first article here, and be sure to check back for behind-the-scenes updates as the filming begins!